Glutathione is the most abundant, naturally occurring antioxidant in our bodies. It is produced in the liver and consists of three amino acids – cysteine, glycine, and glutamate. Scientists have shown interest in this master antioxidant because it is linked to many bodily functions and may play a key role in our health and longevity.

This article lists and explains the benefits of glutathione.

Glutathione has been studied in recent decades for its amazing antioxidant and cell-protective properties. Scientists believe they are just scratching the surface of the compound’s clinical potential. The following are the key benefits linked to high glutathione levels.

Free radicals are unstable atoms that appear in our bodies as a result of metabolic processes and environmental factors such as pollution and toxic metals. When they build up in cells, they cause oxidative stress, a process that accelerates aging and triggers many diseases.

Note: Learn what are the vitamin C IV therapy benefits for your health and body.

One of the liver’s key functions is to remove toxins from blood. Liver tissues are rich with glutathione, helping the organ convert damaging substances (e.g., poisons, heavy metals, alcohol, cosmetics, and radiation) into harmless products that can be safely eliminated from the body.

Inflammation is at the root of many chronic illnesses, from cardiovascular diseases to cancer. When our bodies are threatened by toxins, trauma, germs, or other harmful elements, they have an inflammatory response. Short inflammatory bursts are necessary as a protective measure, but chronic inflammation leads to severe diseases.

Glutathione has a key role in regulating white blood cells. It tells the body to increase their production when inflammation occurs, helping to reduce chronic inflammation.

Glutathione has an essential role in the immune system because it regulates natural killer and T cells, helping to ward off bacterial and viral infections and build a more robust immune response. Glutathione also protects cell mitochondria from damaging factors, enabling them to create the energy the body needs to function properly and fight diseases.

Note: Learn how to boost your athletic performance with IV therapy.

Insulin assists in passing sugar from the bloodstream to cells, where it is used to create energy. When the body can’t effectively move sugar to cells, the pancreas produces more insulin, which is called insulin resistance. An overproduction of insulin can lead to type 2 diabetes.

In recent years, scientists have been studying the link between glutathione levels and mood disorders. Current research is looking at the role glutathione levels play and the potential it may have for managing anxiety, depression, and other stress-related psychopathologies.

As we age, our brain cells become damaged in a process called neurodegeneration, and we experience symptoms such as difficulty concentrating and mental fog. Glutathione may help slow down or reverse this process by reducing oxidative stress and the rate of brain tissue damage. It helps restore a normal energy supply to the brain, maintaining its function.

Glutathione depletion is linked to a range of chronic diseases, such as:

Clinical practice shows that restoring glutathione levels may help treat these diseases and manage their symptoms. With its ability to quell free radicals and mitigate oxidative stress, glutathione can help fight almost any illness.

10. Potential Improvement in Children with Autism

Studies have shown that children with autism have lower glutathione levels in their brains, higher levels of oxidative stress, and increased susceptibility to neurological deterioration from toxic elements such as mercury. Scientists believe elevated levels of glutathione may help improve this condition in children.

Intravenous administration of glutathione is a popular cosmetic treatment for skin issues, such as dark spots, dullness, dry skin, wrinkles, acne, and other aging signs. The antioxidant helps brighten the skin by decreasing melanin production, and it improves skin elasticity. Clinical trials show it can also reduce psoriasis.

One of glutathione’s primary roles in our bodies is to protect the cells from free radicals. Higher glutathione levels are more effective in maintaining cellular and mitochondrial health, and scientists have found that our ability to protect mitochondrial DNA is directly proportional to longevity. The master antioxidant helps slow aging by reducing oxidative stress and preventing chronic illness.

Glutathione is an amazing substance whose levels in our organism seem to dictate our health and longevity. Scientists are still learning about its effects in clinical and cosmetic practice, but recent patient experience shows the immense potential of high glutathione levels. 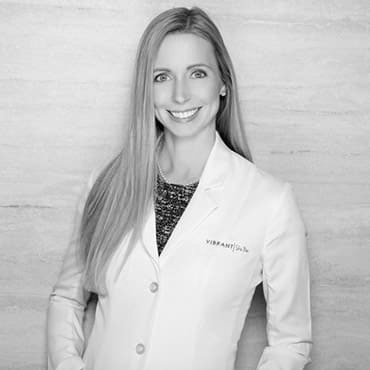 Jenna has been injecting neurotoxin and dermal filler since 2013. She received certification as a Master Injector in 2017 through Empire Medical in Los Angeles, California. She is currently working on a Fellowship Program in Anti-Aging and Regenerative Medicine through the American Academy of Anti-Aging Medicine. Her special interests include use of PLLA, Ablative/Non ablative skin resurfacing, PDO threads, hormone therapy and nutritional therapies to improve cellular regeneration and medically supervised weight loss.

Jenna Hilton believes in a multi-factorial approach, considering internal factors that accelerate aging and disease development. She always enjoys teaching. She co-founded Vibrant EDU courses at Vibrant Skin Bar and regularly performs one-on-one training with fellow injectors. She teaches Aesthetic and Advanced Injectable Courses at National Laser Institute. She has been named Preceptor of the Year and is an Adjunct Faculty Member at Midwestern University. She was born in Iowa, and lives with her husband and three children in Phoenix, AZ. 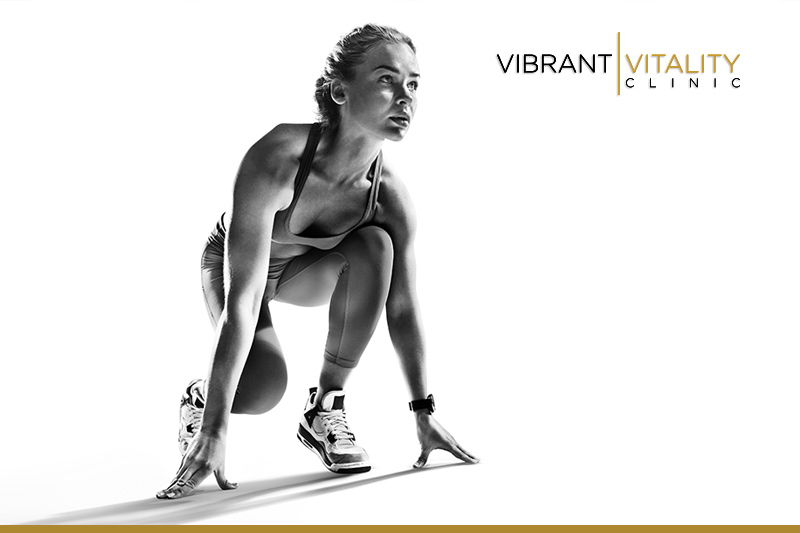 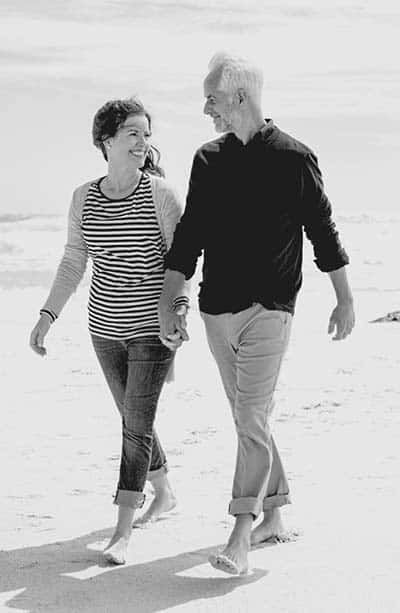 Find More From Us:

Find Us On Map: